The new TSB rules published in the Canada Gazette on Mar. 12 give rail companies permission to cover up some hazardous goods spills of less than 200 litres.

The document states railways will be required to report when “there is an accidental release on board or from a rolling stock consisting of a quantity of dangerous goods or an emission of radiation that is greater than the quantity or emission level specified in Part 8 of the Transportation of Dangerous Goods Regulations.

Part 8 of the TDGR lists the minimum reporting quantities according to the class of dangerous good. Under the new rules announced yesterday, a railway is no longer required to report an oil spill (Flammable liquids Class 3) if it calculates the quantity to be less than 200 litres.

Canadian rail companies won’t be upset about the decision and CN Rail suggests the government acted without lobbying pressure from the transport industry.

“We had heard it was under consideration, but did not request the changes, and we are comfortable with them,” said Jim Feeny, CN Rail’s director of government and public affairs, in an e-mail response. 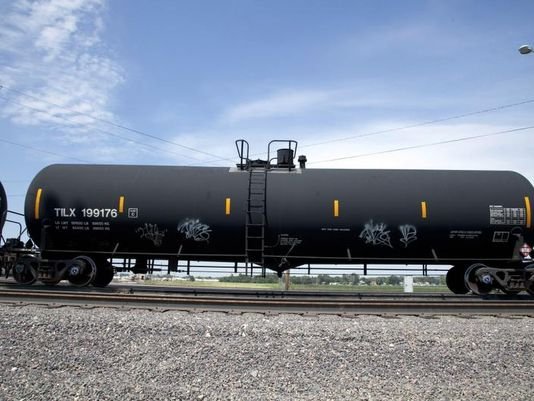 Could the GTA be the next Lac-Mégantic?