The “loonie’s” recent swan dive to a four-year low against the U.S. dollar is putting a smile on the face of Toronto’s manufacturing industry.

The Canadian dollar has weakened by nearly 10 per cent against its American counterpart over the past year, and by over six per cent in just the last three months. For manufacturers in the GTA who sell primarily to the U.S., the fall in the “loonie”,  is a welcome event.

Tough Times
Ontario’s manufacturing industry has been gutted over the past decade as companies close down operations and move to lower cost locations in the U.S. or Mexico. High Canadian labour costs are part of the equation, but a strong Canadian dollar has also contributed to the exodus.

“I think a lot of manufacturers in Ontario (and in Canada, for that matter), have been caught off-guard with sudden fluctuations in the market over the past decade; but most have learned their lesson and have implemented proactive strategies to hedge against risk and minimize exposure where they do business,” said Derek Lothian, national communications manager for Canadian Manufacturers and Exporters.

Despite the challenges, some companies have continued to thrive.  MOLTEC International, a developer and provider of wire and cable protection systems, has not only managed to survive, the company has greatly expanded its manufacturing operations in the past decade.  In 2007 the company moved into a new 47 000 square foot location in Oakville, almost doubling the size of its facilities.

Members of MOLTEC’s management team were unavailable for comment when asked how the company deals with currency volatility.

Just around the corner from MOLTEC, evidence of the local manufacturing industry’s broader woes is starkly evident.

Pressure on Purchasing Power
But there are two sides to every coin. A weaker Canadian dollar also makes it more expensive for companies to purchase raw materials and supplies priced in U.S. dollars.

“The longer the (Canadian) dollar remains weak, the more I’d expect companies to diversify their supply chains, and shift their sourcing away from American-made components to other parts of Canada or other lower cost jurisdictions,” Lothian said.

Political Motives?
Some people feel the Canadian government is driving the dollar down to fight deflation fears. Others believe the government’s actions are simply a ploy to attract support from Ontario voters.

The following infographic highlights the debate: 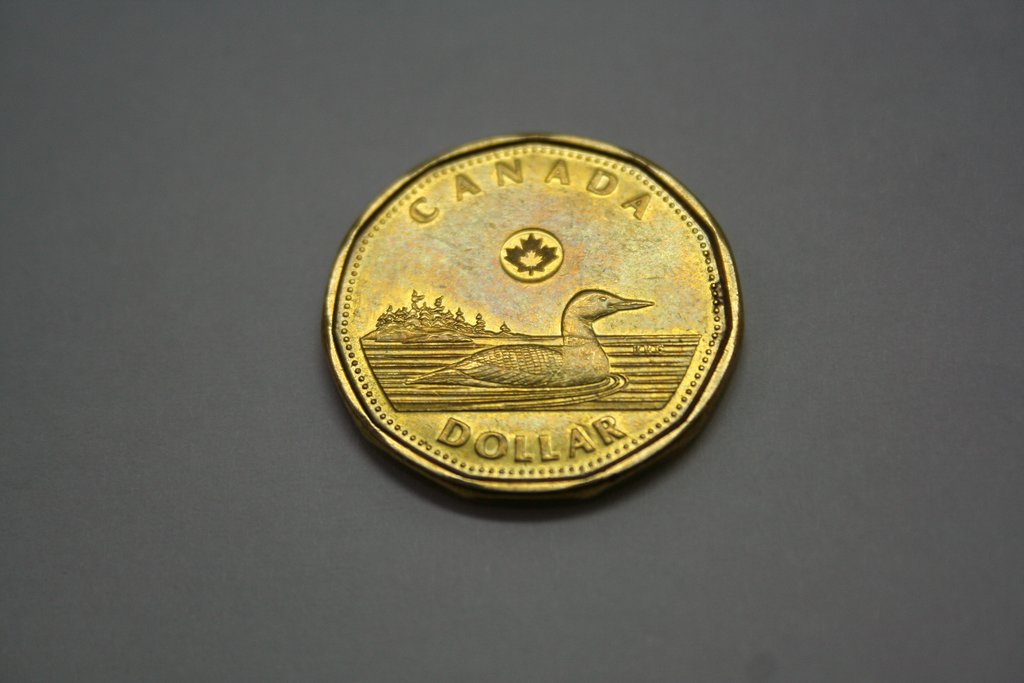 It will be interesting to see if a discounted Canadian dollar will be the catalyst needed to revive the fortunes of Ontario’s manufacturing industry. It may be a case of too little, too late.

Loonie drops to lowest rate in over three years