The Shaunavon, Saskatchewan native won a gold medal with Canada’s women’s hockey team in the past four olympics.

The 35-year old will not captain the team this year, but many Canadians like the decision. They took to twitter to congratulate Wickenheiser.

The frontrunners for the honour included: Charles Hamelin, Erik Guay, and Alexandre Bilodeau, which made Wickenheiser a surprise choice. She will proudly lead the team of Canadian athletes into Fisht Olympic Stadium. 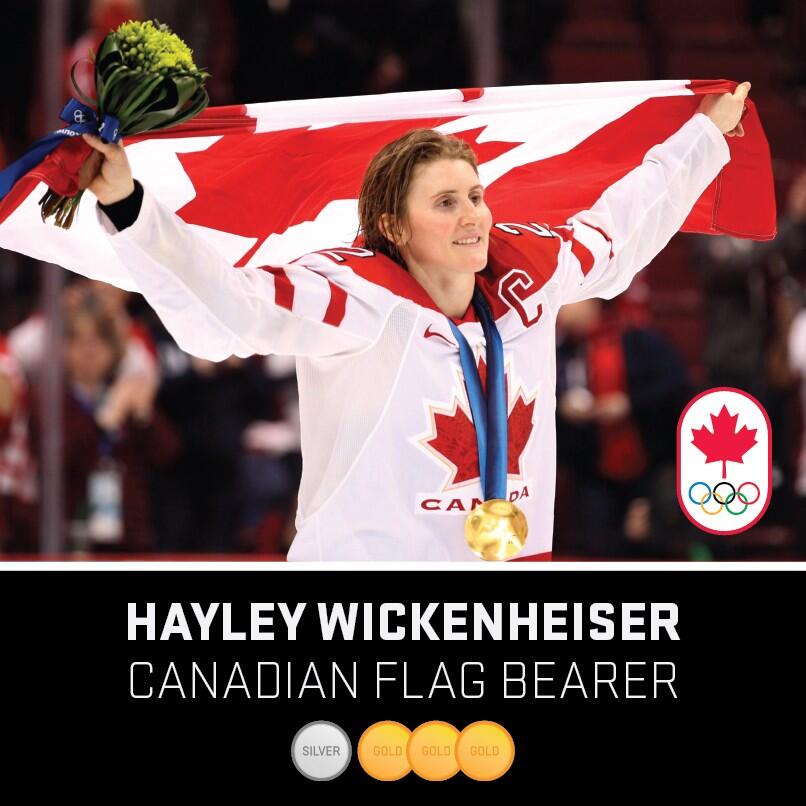 Wickenheiser responded to the honour via satellite from Austria, “I just can’t wait to get to Sochi and wave that flag.”