Ontario’s recent “wintermission” caused snow to melt across the province, but local residents need to know the hazards a quick thaw can bring.

Credit Valley Conservation issued its second watershed warning of the week on Jan. 14, telling the public to use caution around the higher-than-average flows in the lower Credit River. The warning applies especially to recreational users such as anglers, canoeists, hikers, children, and pets.

The Credit River is nearly 90 km long, so communities as far as Orangeville could be impacted. Here are the areas in Mississauga that are at risk to the public:

Despite icy and potentially dangerous conditions, some people could not stay away from either public park. Pet owners, hikers, and anglers all said that no warnings will keep them from doing what they love.

David Morris is an angler who frequents Erindale park, and is not going to let anything keep him from the hobby that he has practiced for years.

“Yes, it’s icy and that can be a problem,” Morris said.  “I’ve been doing this long enough to know how to be careful near these rivers. It’s not stopping me, maybe just slowing me down.”

The lack of park maintenance in the winter combined with the return to seasonal below zero temperatures make the ice a major hazard. Morris pointed out the real risk is the potential to slip near the edge of the river. People should avoid these rivers or exercise extreme caution.

Credit Valley Conservation monitors only the Credit River and its tributaries. Other waterways across Mississauga are of concern, as river banks are bursting along Sixteen Mile Creek as well.

Additionally, Mississauga is not the only city that should be mindful around their waterways. The Weather Network posted this photo on Twitter to demonstrate the effects of “wintermission” in Southern Ontario: 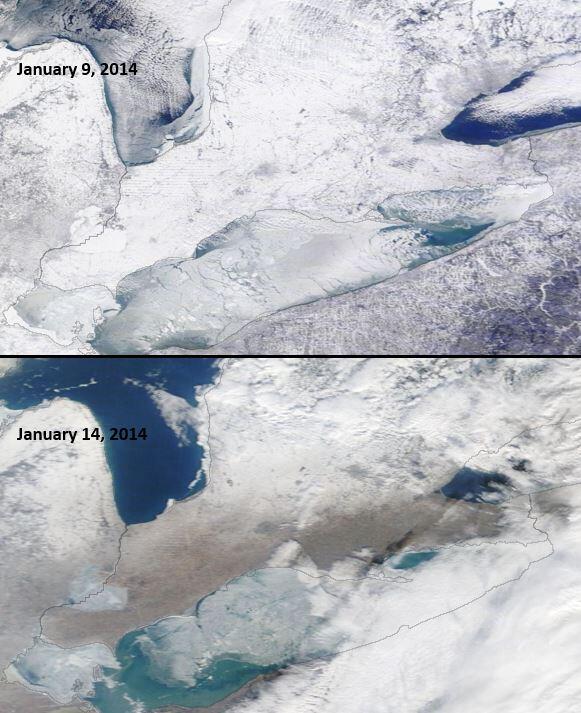 Ducks in the Credit River demonstrated how quickly the water is moving:

Residents should be mindful of the warnings.