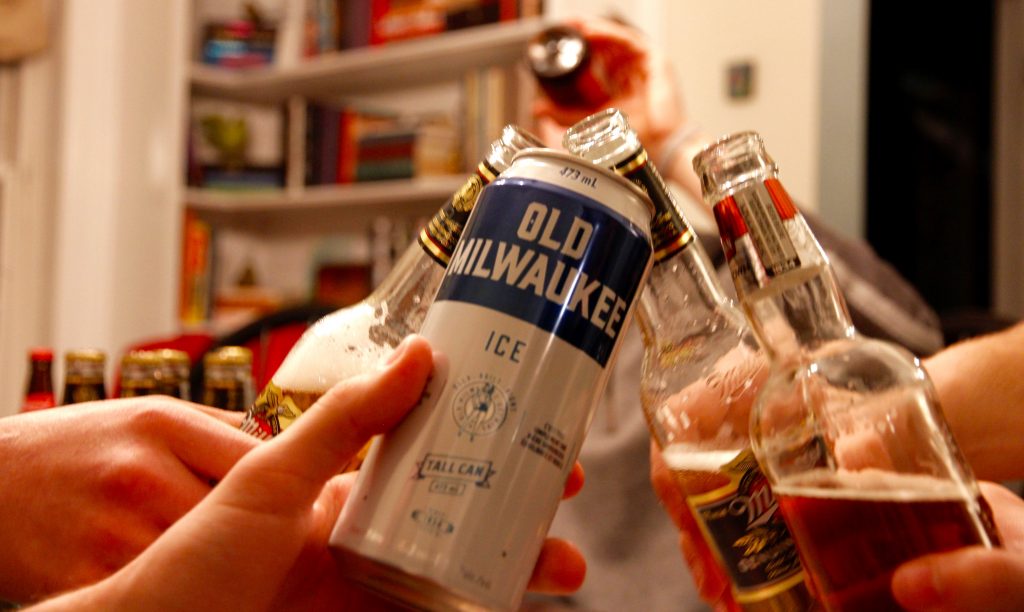 Millennials are contracting the mumps at a higher rate than any other age group in Canada.

Mumps, which used to be considered a childhood illness, now disproportionally affects adults born between 1970 to 1994.

Millennials, the generation born between 1980 and early 2000’s, are at an even higher risk of contracting the mumps. This is because they more likely to frequent places such as bars and postsecondary schools where the chances of coming into contact with people who are infected with the virus are higher.

This pattern is repeating itself in the most recent outbreak of the virus currently occurring in Toronto’s west downtown core.

Toronto Public Health officials have so far confirmed 17 cases of the mumps, all of which were found in people aged 18 to 35 years old. 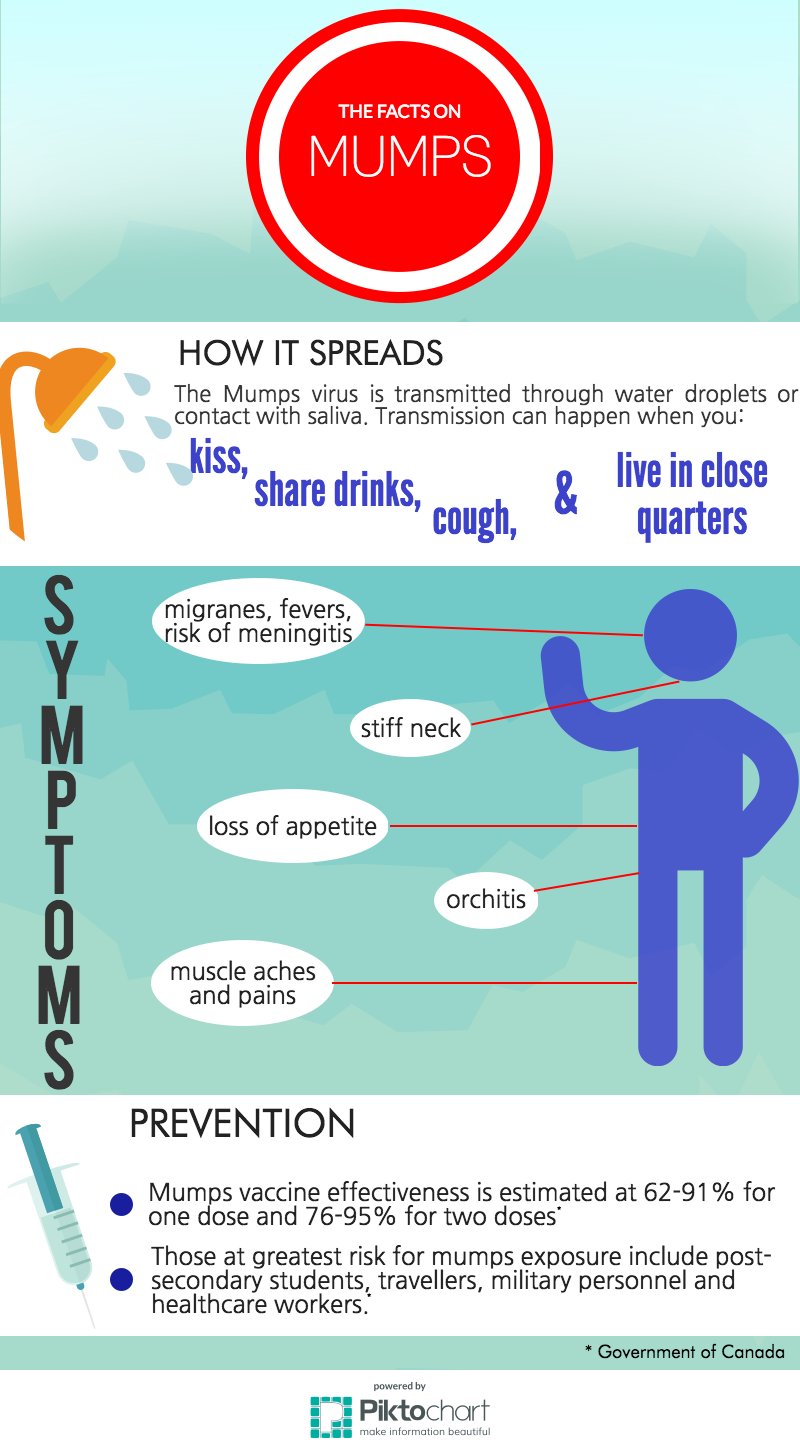 The Public Health’s investigation of the outbreak has discovered that many of those who have been infected had visited the same bars in the west-end area before they exhibited symptoms.

However, James Rilett, Vice President for Restaurants Canada , says that he hopes business for restaurants and bars in the area is not affected. He says the spread of the mumps was through the contact between patrons rather than the breaking of any health codes.

“It was unfortunate that Public Health unit tied the restaurants in [with the outbreak] when it was just a group of people who were socializing. It didn’t matter the location they were socializing in. That was not the issue,” said Rilett.

Mumps is highly preventable when a person is immunized through a double dose of the MMR Vaccine (Measles, Mumps, Rubella Vaccine). Most people born in Canada after 1990 have been fully vaccinated since the government launched a campaign offering a second dose of MMR Vaccine in 1996.

People born in Canada prior to 1970 are also usually safe from infection. This is because they would have developed an immunity to the virus at a young age since they would have been exposed to the mumps before the vaccine was created.

This leaves a window of lost opportunity for people born between 1970 and 1990 who received only a single dose of the vaccine as children.

The second dose is available to Canadians who have not received the full vaccine. However, for 28-year-old Lisa Fiorino, who works in the …… at George Brown College in downtown Toronto, both the national and regional Public Health departments are not doing enough to inform the public about mumps and the need for second dose.

“I don’t even really know what the mumps is. I am not sure if I have been fully vaccinated. Being born in the 80’s and working in a restaurant, I find it pretty alarming that there hasn’t been enough awareness about it for people my age. Whether or not we need to get another shot,” said Fiorino.

Even for those who were born after 1990, there is still a chance contracting the virus as the vaccine begins to lose some of its efficacy with time. This chance increases when people go away to university of college, since people are living in close proximity to other students.

The Centre of Disease Control’s website says that the campus lifestyle also contributes to the likelihood of contracting mumps as students are more likely to engage in behaviours that are conducive to infection such as kissing, sharing cigarettes, utensils and drinks.

When these outbreaks occur, a third dose of the MMR Vaccine may be administered to individuals to prevent the spread of infection. This was the case in 2015 when there was an outbreak of mumps amongst students at the University of Illinois. Even though many of the students on campus had already received a double dose of the vaccine as children, a third dose was offered and there was a subsequent decline in infection rates.

Despite some promising cases, the CDC says that there is still not enough evidence to prove that a third dose of the MMR Vaccine is worth the risks and investment. The Canadian government still only follows a two dose plan as part of its immunization strategy.

Even though there is an ongoing outbreak in Toronto, the chances of contracting the illness are still relatively low for individuals who have been immunized.

However, with this year being Canada’s 150th birthday, Toronto will be hosting yearlong celebrations in honour of the milestone. The crowds that these festivities will draw to the city will increase the chance of exposure.

In order to avoid infection, Public Health is recommending that people:

Toronto Public Health have not responded back to our requests for further comment.

Montreal hospital tells you if you’re next with a text

Is your ‘hood’ healthy for you?

Love in the Age of Wifi