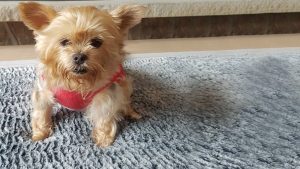 By Graeme Scott and Nora Jartan

On 12:15 in the afternoon of February 1st, a woman from Port Credit let her small dog, Lola, outside to answer nature’s call. Unfortunately, nature called back in a frightening manner. Lola was attacked by a coyote and suffered several injuries as a result of the mauling. The dog’s owner, who asked to be identified as Mrs. Smith, heard the commotion and was able to scare off the coyote, which ran back into the adjacent Ratray Marsh area.

Attacks on the rise

These frightening incidents have become increasingly common across Southern Ontario, with dog owners facing violent encounters in parks and residential areas. With the high population density within the Greater Toronto Area, coyote attacks on pets and livestock have become a regular occurrence, even in urban areas. Paradoxically, while much of Southern Ontario has become urbanized, wildlife is making a comeback.

We spoke to Smith on the phone about the attack.  Smith says Lola is recovering from her injuries, which included substantial bruising and 13 puncture wounds.  Since the attack, Smith explained she and her husband are not taking any risks with letting their dogs outside. She has locked up her dog door, has installed a bright light on her backyard and will now be inspected her property before letting her dogs outside. Mrs. Smith does not harbour any ill will towards the wild dogs, stating that urban encroachment on their habitat has “trapped them in little islands” making contact with residents almost inevitable. Also, she attributed the time of attack to the weather, acknowledging that the coyotes “used to come out at dusk and dawn, but it’s been gloomy lately and they do not know the difference”.

Lola is luckier than other small dogs. On February 2nd, just one day after Lola was attacked, a Maltese-Yorkshire Terrier was killed by coyotes in Mississauga’s Lorne Park area. In the past three years, coyotes have been blamed for fatal attacks on dogs in London, Hamilton, Barrie, Caledon, and The Beaches neighbourhood in Toronto.

Coyote population on the rise

The phenomenon of increased coyote attacks on pets begs an important question: why are coyote populations growing? There are a number of reasons for the rise in coyotes throughout Eastern North America. Coyotes were once predominantly confined to the Plains in the Midwest United States, but since the early 20th century, they have conquered large areas in Eastern Canada and the contiguous United States. One of the primary reasons is that wolves, a larger and more aggressive relative, have been killed off in highly populated areas of Eastern North America. In contrast to wolves, coyotes have a more adaptable diet, are generally less threatening to humans and require less territory for hunting. With their smaller size and less aggressive behaviour, coyotes can raid garbage cans for food, a crucial advantage for an opportunistic animal. As a result, coyotes have not only been able to survive the influx of human habitation, they are beginning to thrive within urban areas.

One underlying theme of coyote attacks in Ontario is that the victims are people with dogs. It is very rare for coyotes to specifically target humans, owing to their small size. However, attacks on humans are not unheard of. In one nightmarish event, Taylor Mitchell, a 19-year old folk singer in Nova Scotia was attacked and killed by a pack of coyotes while walking through a park. This tragedy deserves particular attention, because she was not attacked by typical coyotes of the species Canis latrans, but by an evolutionary newcomer known as Canis latrans x lupus: Coywolves.

Coywolves are hybrids spawned by the mating of a coyote and a wolf. In nature, hybrids from two different species are rare because the offspring is often infertile, but coywolves can reproduce successfully. The result is a predator that is adaptable like conventional coyote, but larger and more aggressive like a wolf. According to a study from Biology Letters of the Royal Publishing Society, Eastern Coyotes found on the Northern shore of the Great Lakes show ample evidence of hybridization, and this hybridization has “contributed to larger size, which in turn allowed eastern coyotes to better hunt deer, allowing a more rapid colonization of new areas than coyotes without introgressed wolf genes.” Mrs. Smith’s description of the coyote that attacked her dog, described as larger than a normal coyote and looking “like a German Sheppard”, fits into the description of a coywolf. On October 27th of 2014, a small dog was killed in Mississauga’s Lorne Park by animals that town officials, according to Mississauga.com, believed to have been coywolves. The hybridization of wolves and coyotes could possibly explain the bold nature of attacks like these, since coyotes will often shy away from the presence of an adult human. 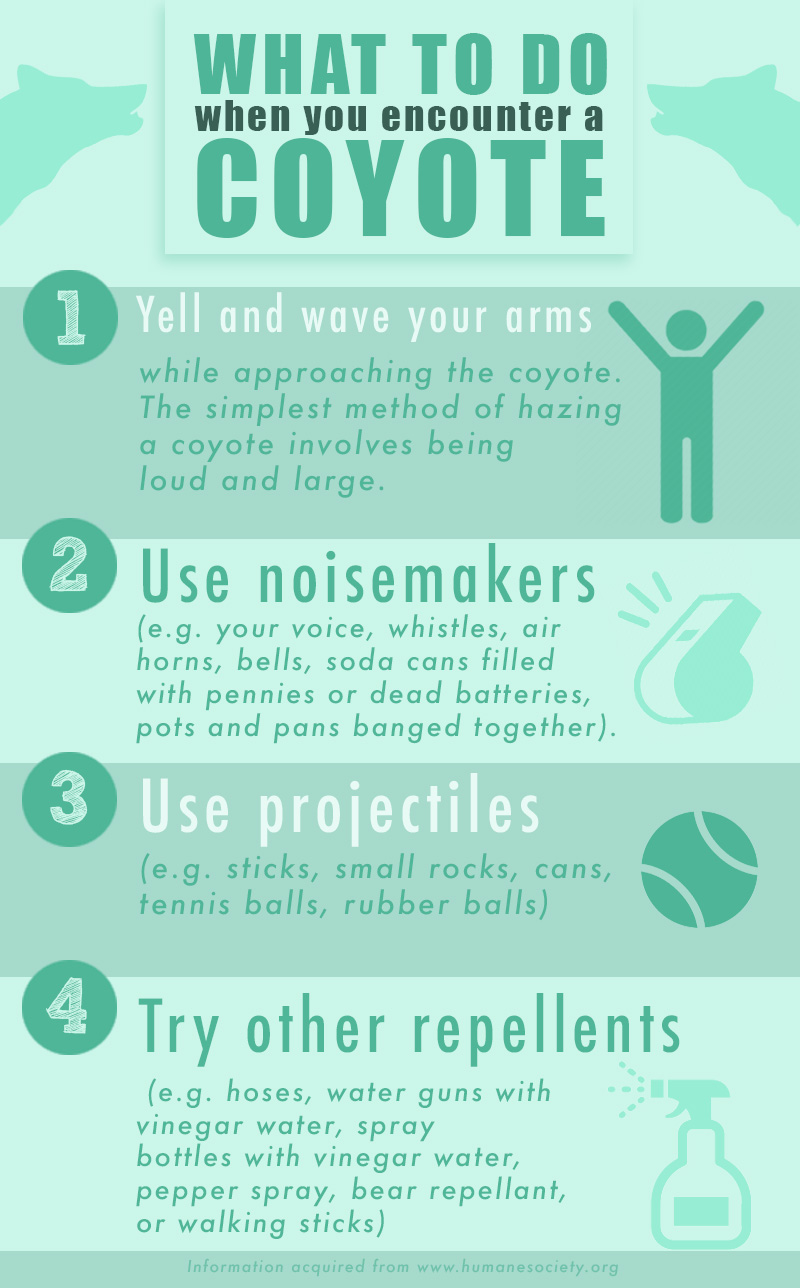 How coyotes and coywolves should be managed is a difficult question to address. Mrs. Smith personally vouched for relocation, saying that “the best idea [is to] trap them and move them outside the city”. Although a humane choice, a mass relocation of coyotes is not feasible for legal reasons and would prove to be counterproductive. According to the website of the Upper Thames River Conservation Authority, “Provincial legislation prohibits the relocation of wildlife from their home territories… wildlife relocated from urban areas will typically return or become a problem elsewhere, and that when coyotes are hunted, they compensate by producing larger litters and expanding their range.”  It is evident that coyotes and coywolves will continue to disperse throughout urban areas in North America, especially throughout Southern Ontario.

With coyote and coywolf populations are expected to proliferate, animal services departments in Toronto and Mississauga are advising residents on how to reduce the risk of encountering coyotes and how to act if confronted by them. Increased public awareness and warning signs could help pet owners stay safe from coyote and coywolf attacks. It is likely that within the coming decades, the people of Southern Ontario will learn to adapt to the presence of the predatory dogs, which themselves have adapted to a human-dominated environment.