Critical progress in the fight against fentanyl was made Wednesday as the House of Commons cleared the “Good Samaritan Bill,” protecting those who call 911 to report a drug overdose from being charged with possession of drugs.

As the toll for fentanyl-related deaths continues to climb to tragic heights, the bill, proposed by Liberal MP Ron McKinnon, represents the growing need for harm-reductive strategies to combat addiction.

“We’ve got to start treating this as a health issue,” urged Tracey Stark, group facilitator at Resiliency4Recovery.

The members of Resiliency4Recovery, aged 16 to 19 years old, participate in a support group to aide in recovery from addiction.

Just two weeks ago, the group lost a member to a fatal, fentanyl-related overdose.

How do paramedics respond to the surge in accidental fentanyl use?

The deadly drug was originally intended as a pain reliever for cancer patients and is 100 times more powerful than morphine. It has become popular with drug dealers across the globe, who cut it as filler into other substances such as cocaine and ecstasy and sell it to unassuming buyers.

Between 2015 and 2016, there has been an estimated 40 per cent jump in the number of street drugs that contain fentanyl in Ontario.

“Fentanyl doesn’t discriminate…It’s not just the people that use every day,” Stark said, “It’s the ‘weekend warriors’ that are at risk now, too.”

“We are in fact dealing with a crisis,” said Natasha Cheong, a front-line worker for the city of Vancouver’s community services department.

While Alberta and British Columbia remain the hardest-hit provinces with 418 fatal overdoses linked to fentanyl in 2015 alone, the passing of Bill C-224, or “The Good Samaritan Bill,” proves that the crisis is finally being recognized as a national issue.

CATCHING UP TO THE DAMAGE

Although things appear to be picking up, addiction researchers are frustrated with the slow pace of the government’s response to the crisis so far.

The most recent statistics available on fatal opioid overdoses in Ontario are from 2014 and do not accurately represent the comprehensive damage fentanyl has done to the province in the last two years.

Stark believes a federal policy addressing the issue would be a “game-changer” for organizations like hers that not only work towards recovery and long-term treatment, but also work to reduce the stigma that prevents many drug users from seeking help.

Ideally, Stark would like to see “more of a menu” of treatment options, made available through better government funding.

Addiction support groups like Alcoholics Anonymous or Narcotics Anonymous work for some parts of the population, but not everyone.

Young people especially, Stark explained, are intimidated by adult programs and need recovery options tailored to their own, age-related experiences.

For many young people, that means providing more 24-hour crisis services instead of the traditional 8:00 AM to 4:00 PM schedule that some cities and smaller towns still rely on.

Unlike abstinence-rooted policies that criminalize drug users, harm reduction strategies work to minimize the health risks of substance abuse and acknowledges treatment as a life-long process with ups and downs.

Available harm-reduction strategies for fentanyl use currently include:

Community advocates like Stark view harm-reduction methods as beneficial for substance abuse in the long run.

“If somebody was using opiates, and then stopped using opiates but was still smoking marijuana,” she explains, “we would see that as being in recovery, because they have reduced the risk.”

Front-line workers like Cheong also embrace these strategies when paired with other services such as housing and mental health support.

Of her typical work day on Vancouver’s downtown East Side Cheong said, “I walk around with Naloxone – not the prettiest part of the job.” 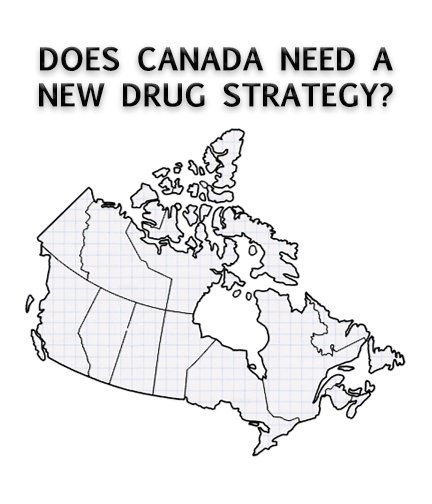 FOCUSING ON WHAT MATTERS

Resiliency4Recovery member McKayla, 19, is optimistic about the progressive new bill and its potential to save thousands of lives.

Now three years sober from an opioid addiction, McKayla remembers being “harassed” by the police who would respond to her 911 calls.

An accidental overdose, McKayla stressed, is not a reflection of a person’s character. Rather, the way it is handled is “a testament to law enforcement” and our society’s perception of people with substance abuse issues as criminals.

“At least now, when someone is overdosing, when someone’s life is at risk,” she said, “that is the only factor that matters.”