One man in particular is currently making waves in the technological industry by creating a device that allows humans to understand what emotions dogs are feeling.

Joji Yamaguchi is a Japan-based inventor that has created Inupathy (a blend of insight and empathy), a device that allows you to visualize your dog’s emotions thereby granting a person insight into how it is reacting to its current setting.

“It helps owners learn about their own dogs in depth,” Yamaguchi says. “In short, it’s a mood sensor for dogs.”

A technological harness of sorts, Inupathy can sense a dog’s heartbeat over its thick fur. The algorithm estimates the dog’s current emotion by analyzing the heartrate and heartrate variations.

The harness communicates by actually lighting up in specific colours depending on what mood the dog is in.

Currently, the emotions and feelings that Inupathy can detect are:

Technology like this could help dog owners feel more connected to their pet therefore allowing for a more successful and fulfilling relationship. Most dog owners would welcome the opportunity to understand why their dog gets so jittery when it sees a familiar dog.

When coming up with the idea for Inupathy, Yamaguchi took his own curiosity about dogs into account.

“I was very interested in the world dogs live in, what they sense and what they feel,” Yamaguchi says. “I thought the physiological information we gathered would help us understand the inner workings of a dog’s mind.”

Currently, animals have no voice of their own so they are often treated less than humans. If a dog could communicate successfully with its owner, would their relationship change?

“Animals know way more than what we give them credit for,” Deter said. “If we could communicate with them successfully, the world’s entire view of animals would be changed forever.”

More and more technology is being created to help us understand the animal world. But some people think that theory is a much more practical and successful approach to connecting with animals, specifically dogs.

Bruce Warrington from Burlington, ON is known as the “Canadian Dog Whisperer”. He has worked with approximately 1,500 dogs over the last 9 years and his specialty is behavioural issues like unwarranted aggression or fear.

Warrington firmly believes that the number one way to communicate with dogs is through energy and human behaviour modification.

“When you understand a dog’s way and their energy, you can adjust your behaviour accordingly and fix anything,” Warrington said. “But we have to make the adjustment; we can’t expect them to adjust to us.”

While Warrington believes that the notice of energy and modifications to human behaviour are key to successful communication, Yamaguchi maintains that technology is the way of the future for animal and human connection.

“What we lack in theory, we can make up for with technology,” said Yamaguchi. “Yes, we can see their facial expressions and their tails but that is not enough.”

Dogs and humans can only stay connected if their energies are synched. “The control of my energy is my strength,” says Warrington. If the human is frustrated or uneasy, the dog will sense that and take on those feelings so the best way to keep a happy dog is to keep a happy human.

Understanding a dog’s energy or feeling is one thing, but a way that Inupathy could be improved is if the technology could tell a human if the dog is feeling sick.

Dr. Deter says that the main reason humans and dogs should be able to understand each other is to communicate health issues.

“Things that happen to humans also happen to dogs,” Deter says. “Depression is a common occurrence, especially if the dog has lost a friend. Just being able to communicate with its human of any health issues would significantly alter a dog’s life.” 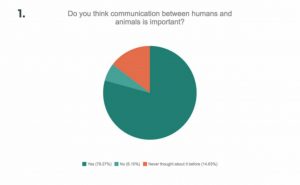 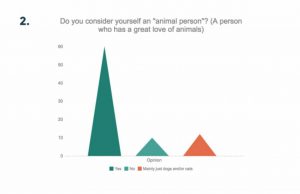 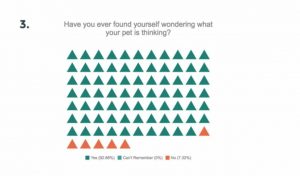 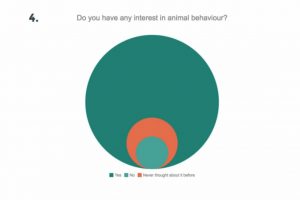 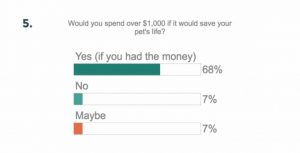 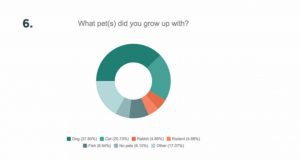 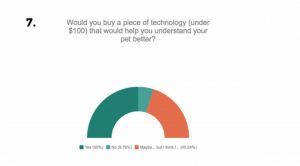 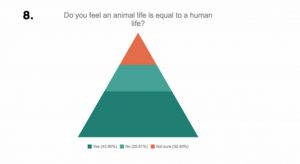 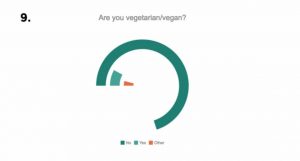 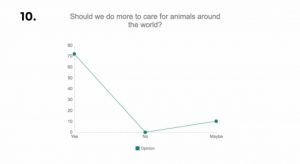 While inventions like Inupathy are breaking boundaries, there is still a long way to go in creating a completely harmonious world between animals and humans.

Along with mood sensors, Yamaguchi hopes to add games that you can play with your dog by synching the harness with your smartphone. He also wants to add a chatroom where you can meet and discuss with other Inupathy owners.

Costs have not been finalized for Inupathy yet but Yamaguchi is hoping to put it on the market in the second half of 2017. Technological breakthroughs like this will help make the future a brighter and more understanding place for animals.

About Aidan Gutman 1 Article
Aidan Gutman is currently a grad student in Sheridan's Journalism - New Media program. She has a B.A. in Theatre from York University and is interested in entertainment journalism.
Facebook Twitter LinkedIn